The original illustrator has been dropped. Still no official date for a release or about a new illustrator...

Oh damn. Where did you hear this?

The adaption is now at least 200 days away, according to an online book distributor.

The original illustrator has been dropped. Still no official date for a release or about a new illustrator...

Oh damn. Where did you hear this?

Matthew Southworth tweet that and we asked Van Jensen (writer) about. He told us that the script was done, but he had no notice about a date...

Amazon has July 11, 2017 as it's release date - However this is probably just a place holder rather than a genuine release date.

Just as a bit of update for those keeping score:

I've read through VARGR and found it surprisingly enjoyable for a modern Bond comic. They stay fateful to Fleming's image for Bond and pay kind respects to the novels in minor details. I also found the setting of a decommissioned battleship for climax of the miniseries to be a really cool idea. Bond snooping around the thing in the shadows is a perfect fit. The only thing that I found a little bizarre for a James Bond comic was the brutality of the violence. Some panels were a little much, I thought.

Otherwise, the read was worth what I payed. Thanks for the suggestions, mates!

No worries. I just hope other Bond fans are giving these comics a read. If not, they are missing out because these would be the ultimate so called hidden gem.

Boy, when Ellis was saying that this is his version of SPECTRE (the film), he wasn't kidding. Ellis' version is better.

All-in-all, a very exciting, efficient read, and one that never seems to strain itself to deliver thrills.

Of these new titles, HAMMERHEAD is the one that seems to want to be "classic Bond" the most, but even it finds some neat ways of revamping classic Bond elements.

EON should really take note of what these comics are doing.

I finished issue 12 very recently, and yes, it is better than SPECTRE. I loved the low key, intimate thriller vibe it went for - while still having a major act of terrorism to avert. Hawkwood really came into his own as a villain, and the parallels to Hinx are even greater now. They also made Hawkwood rather tragic as well, which is a fine accomplishment. This comic series never fails to deliver gory violence, but I'm fine with that. It's kind of its trademark. It's shocking but transfixing. Totally identifiable as Bond, but also uniquely 'Dynamite Bond'. I guess we let Hammerhead play out now, and then see how the Felix Leiter series goes. But I'd love to have Ellis return at some stage.

I haven't a single complaint. Looking forward to James Robinson's(one of my favorite comic writers) take on Felix Leiter

"You’re going to finish this first issue with a heightened pulse and a big smile on your face. Of this I’m certain."

Nice. Percy is saying all the right things.

Not as familiar with his work as I am with his two predecessors, but a quick look at his CV and I see he wrote for Green Arrow and Detective Comics - He'll do fine with Bond.

They have Hammerhead's issue six cover art out, and I'm sure it's based on a Lazenby still. 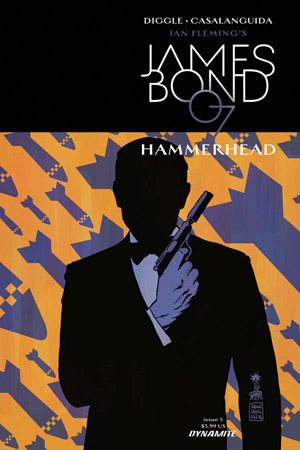 I love the colourful and creative cover arts for this third arc. Issue three's design would have to be my favourite. 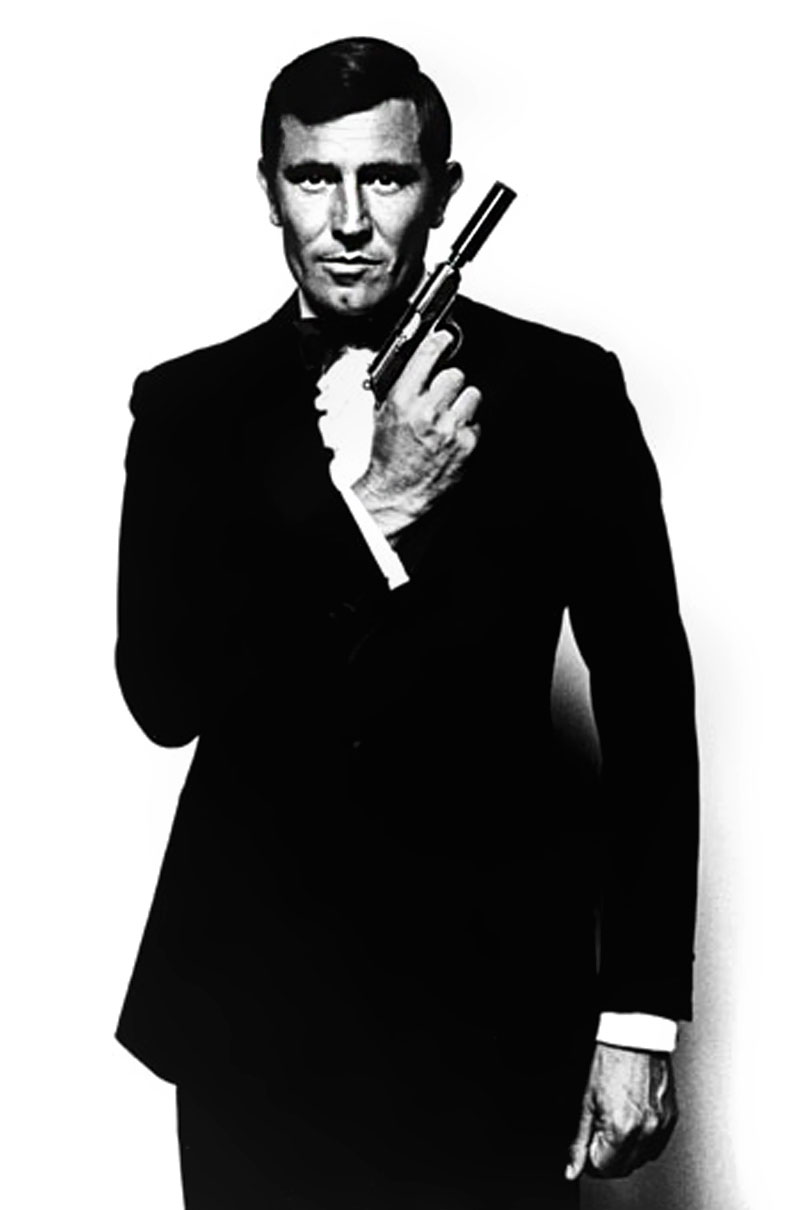 Will this be a new companion series (like Hammerhead or Felix Leiter) or will it be in the main comic?

Hammerhead is considered book 3, it just has the subtitle on order so as not to cause confusion in orders by comic book stores because of the overlap that ended up happening. There was a reason for that, but I can't find what it was, I think it was Hammerhead got an earlier release to fill in for the very delayed CR adaptation which was due November originally. Black Box is James Bond vol 4 when collected.

Will this be a new companion series (like Hammerhead or Felix Leiter) or will it be in the main comic?

I'm not sure. I believe that Orion is correct.

Ahh that makes sense. So is Warren Ellis's run on the book finished then? That's a pity. I am enjoying Hammerhead, and I've read a few things by Benjamin Percy, so it'll probably be good. I am eagerly awaiting the first issue of Felix Leiter tomorrow, though, as James Robinson wrote my favorite comic series, Starman. Also he's apparently doing the new Nick Fury series over at Marvel, so I'm hoping the two series have similar vibes.

Ahh that makes sense. So is Warren Ellis's run on the book finished then? That's a pity.

Sure seems that way.

I hope he comes back.

Agreed.  Enjoyed both of the first two series.  I remember Benson saying something about how he felt he had to make Bond more shocking to provide the same viceral, verboten hammer that Fleming used on reader's sensibilities in the 50's and 60's to a modern reader.  You could really see Ellis really bringing it.

That said, I enjoyed the first Felix issue today.  More of a strip mall detective feel, than a Marlowe vibe, but that not a bad thing.  Art is solid, and all the characters were brought on stage well.  Looking forward to more.

The first issue of Felix was rather enjoyable. It sets the scene.

Spoiler
Great to see Bond in the flashback sequence, showing their friendship, and referencing their meeting in issue 1 of Eidolon.
It also gives Felix a haunted quality as well. So far, so good.

It's a great first issue. BLACK RAIN by way of Raymond Chandler.

Percy gives another interview about Black Box and we get a couple preview pages of the French Alps.

Haven't got it yet, though I've read the preview in latest Hammerhead. And I absolutely adore the artwork which is very climatic.

Felix and the last issue of Eidolon have finally begun winging their way toward me. Looking forward to them.

Felix and the last issue of Eidolon have finally begun winging their way toward me. Looking forward to them.

I'm sure you'll enjoy them. It's very hard not to. Issue four of Hammerhead was just released, and the streak continues. It's probably the best issue so far. I liked the twist, and the whole uneasy alliance/growing friendship dynamic with 'The Fox'. I'm hoping Hammerhead's same creative team gets another arc, just as Ellis did. I think they deserve it.

I liked plenty of stuff about HAMMERHEAD issue four, but the big reveal was a bit underwhelming (I saw it coming).

I'd be game for another arc from the same team. My favorite HAMMERHEAD issue was probably no. 2.

Hammerhead #4 has been dispatched. Just finished Eidolon and Felix Leiter. Both where brilliant, loved the grit in both (Bond's final line in Eidolon, the noir style dripping off the pages of Leiter!) I have been so impressed by what Dynamite have done with the licence, at no point does this seem l like a lazy money grabbing exercise that these sort of things often are - All 4 stories have been cleverly, and lovingly, crafted into stories that feel like true Bond. Dynamite's use of proper big name comic book writers has REALLY paid off

I also saw the villain reveal coming, but oddly it didn't take away my enjoyment of it. Moneypenny's response at the end was brilliant "I only need one"