A new interview I carried out with our girl Berenice, and Heineken were involved also, about her time as Severine in 'Skyfall'...

There seems to be a public perception of what constitutes a typical Bond Girl, but what do you think of when you think of a Bond Girl?
What I really love to play with in general for any characters, is to play with the male and female side, and this is what's very interesting for me when I think about a Bond girl, you know you always have those women entering a casino, so very feminine and glamorous, but at the same time there is something very in charge, like "I'm the man. I'm the boss!" And this is what I really like, the idea of a Bond girl, what I like when I think about a Bond girl.

Bérénice, you wear some fantastic costumes in Skyfall. How much were you involved with your costuming for the film?
I was very lucky because I could see the dress before [filming commenced] and I just thought some changes should be done. It was very important because it has to fit also what you had in your imagination regarding the character. I'm very happy with the result because it is exactly what I had in mind - something a bit dangerous and "dragonesque". So also the tattoos and most of all the nails - which were very long and scary - I thought they were fantastic because I really wanted to be a dragon and a panther in this character, and it was really like the continuity of that.

You also wear some incredible jewelry from Swarovski in Skyfall.
They designed a special line for this movie and they are truly beautiful and they were also fitting perfectly what I was expecting [for the character]. There was a little Asian spirit in them. The dragon rings were also really amazing and really gave me a sensation of power. It was the spirit of Bond movies, and it was exactly what I wanted to translate.

In your scene in the Macao floating casino with Daniel Craig, you deliver a very nuanced performance, combining power and strength as well as fear and fragility. Can you describe how you prepared for the scene?
Yes, first of all I used a lot of music. In my life music is very important. Most of all for that scene, because I wanted to stay connected with my imagination at every moment, I used what really moves me as a human being, what brings in me a feeling of indignation or injustice in the world, and I just used some substitutes. So, I had to use real things - like dictators or what happened in Cambodia 37 years ago - I used all that, all that really moves me and that I would like to fight for and that I want to fight for, and I put all of that in that scene.

You've talked before about the different animal elements of your character - the dragon and the panther - can you tell us a little more about that?
I wanted to play on the different faces, different moods, almost different characters in that scene. I connected with the Chimera [Séverine's yacht] that you see in the movie. I didn't know what it was, so I looked it up on line and I saw these pictures of this creature, a mythical Greek creature with three heads - a snake, a dragon, and I wanted to put a black panther for the third head - and this was very interesting for me because I wanted the dragon, I wanted Séverine to have this kind of dangerous presence when she enters the room, and the dragon I liked because it can kill from afar. I wanted to bring the idea that when she would enter, you would feel something a bit instinctive, like an animal would. I love this idea of working on animals because you don't think anymore. You're not a human anymore; you just connect with your instinct. I really wanted her to have that kind of power when she enters.

Did you look at some of the older Bond films to get some inspiration for the role?
I watched the previous Bonds, the ones I didn't see, just to get inspired by everything, the universe, the music, but definitely not the Bond Girls, because I wanted to create a real human being and a unique character in a unique new story, and this is what is very exciting for me is to create something new, with my own experience and personality, and I think the audience also want to see something a bit different. 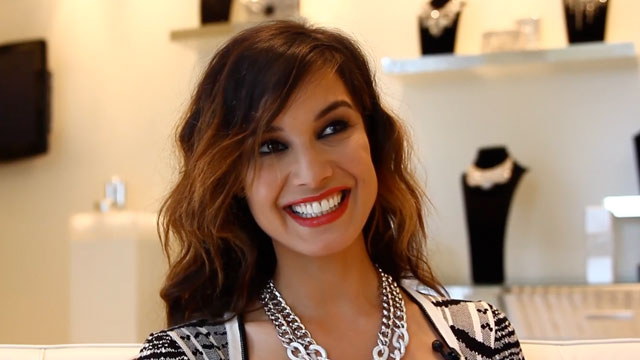 Those a couple new pictures to add to the Berenice thread, no matter what she wears she still looks great!

Fun picture of her striking a pose next to Mister Bond himself, If I was in a photo with him I'd do the same!

Ha! Thanks indy_chic - she loves being a Bond girl, and she knows it!

Crikey - hasn't she got stunning set of pearly whites in that top photo! Sunglasses out!

And love the WWII-esque vibe of the second photo - good find my dear!

There's some great pictures of her in this thread, she certainly has style!

She has such a pretty smile too!

Berenice has been cast in the new Terrence Malick film (the one that doesn't yet have a title). Malick seems quite fond of actors with Bond connections these days, as both Bardem and Kurylenko are in "To The Wonder". Hopefully her scenes make it into the final movie.

Thanks for the info lechero! Here's hoping....

Berenice at the BAFTA Britannia Awards in America with Daniel Craig, Naomi Harris and Sam Mendes: 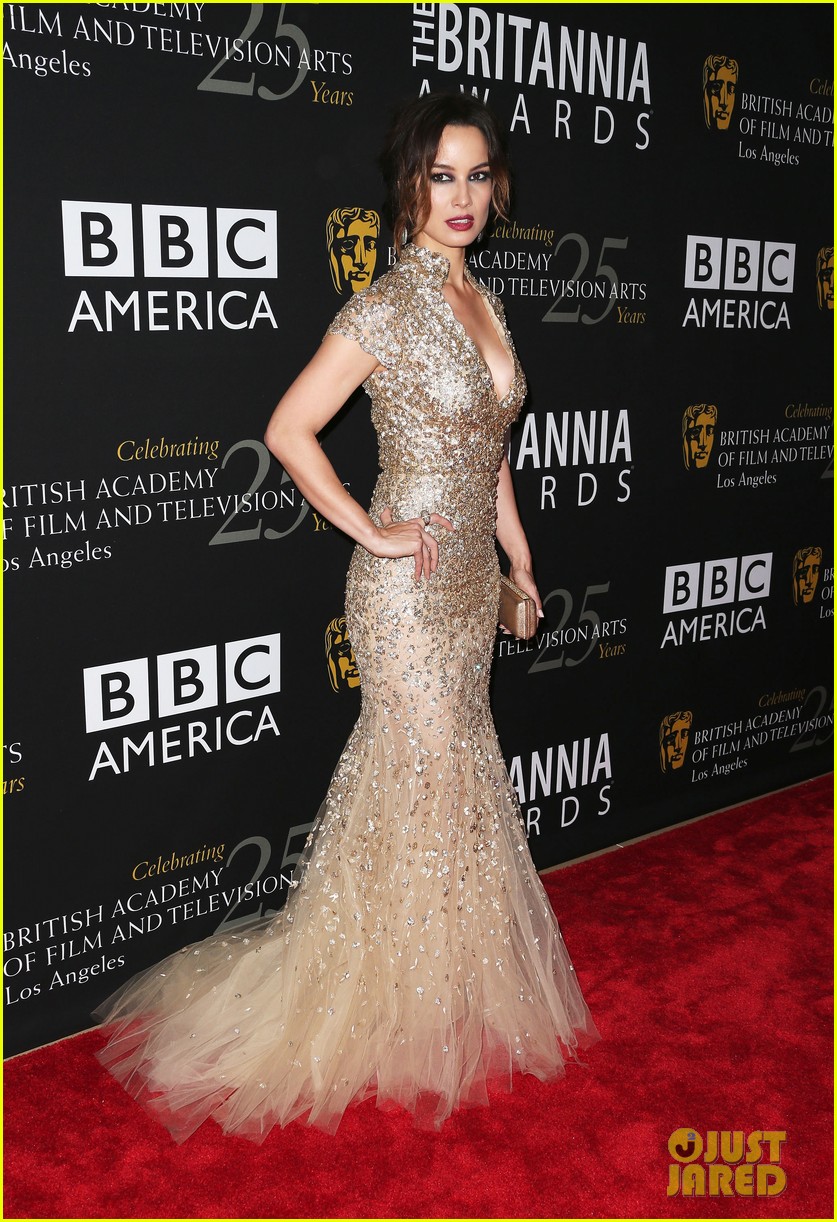 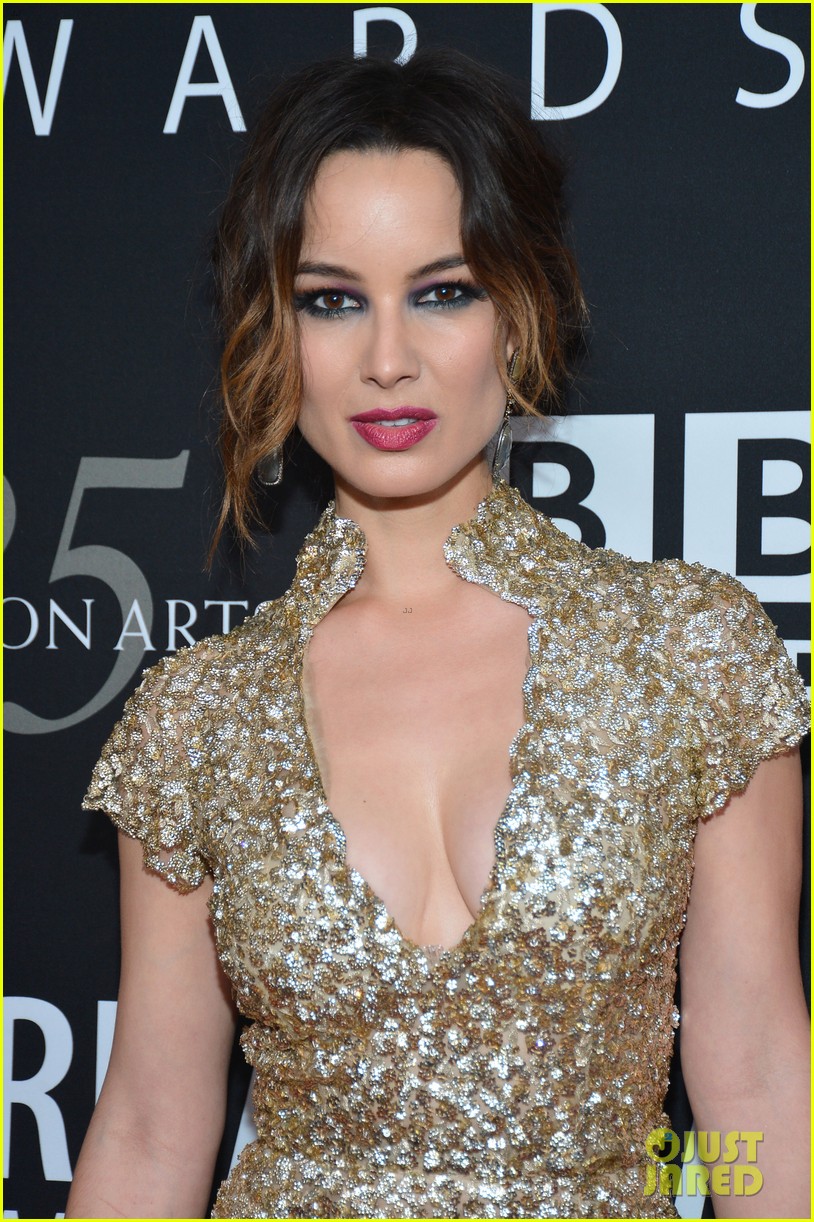 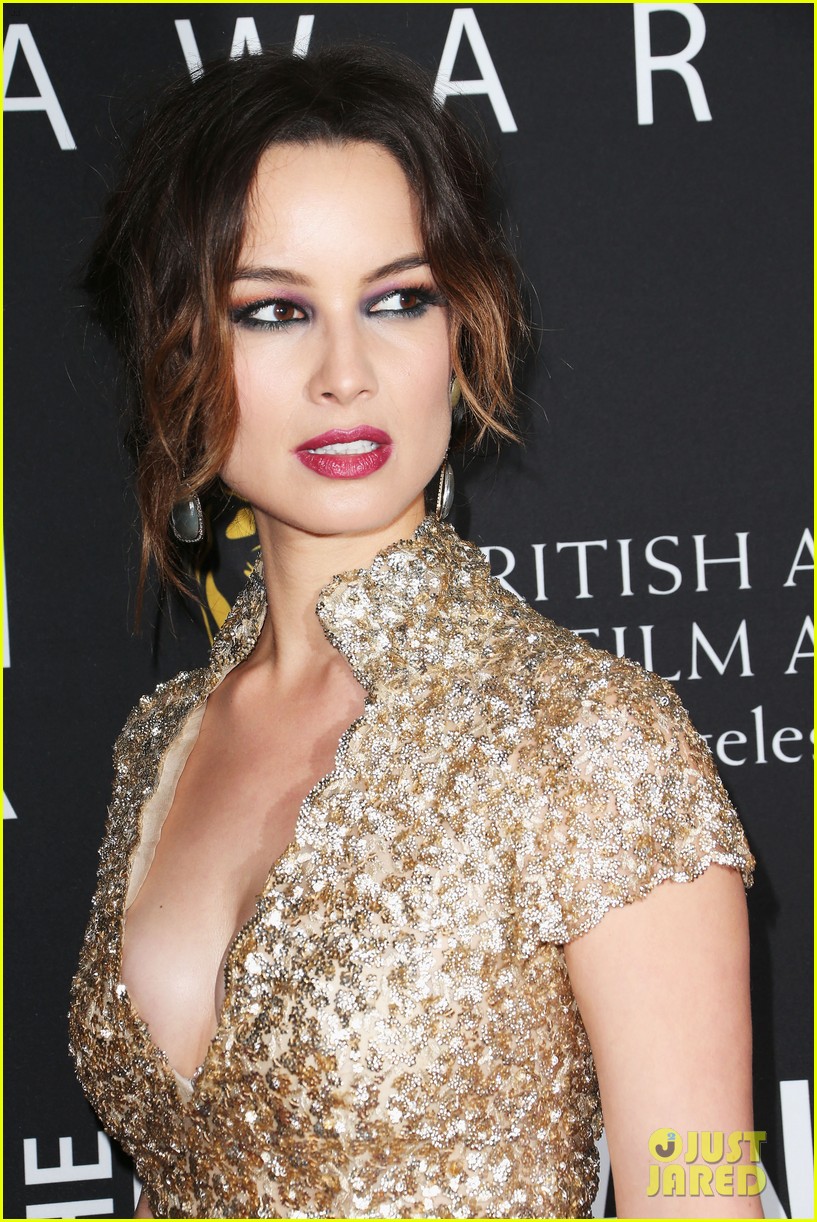 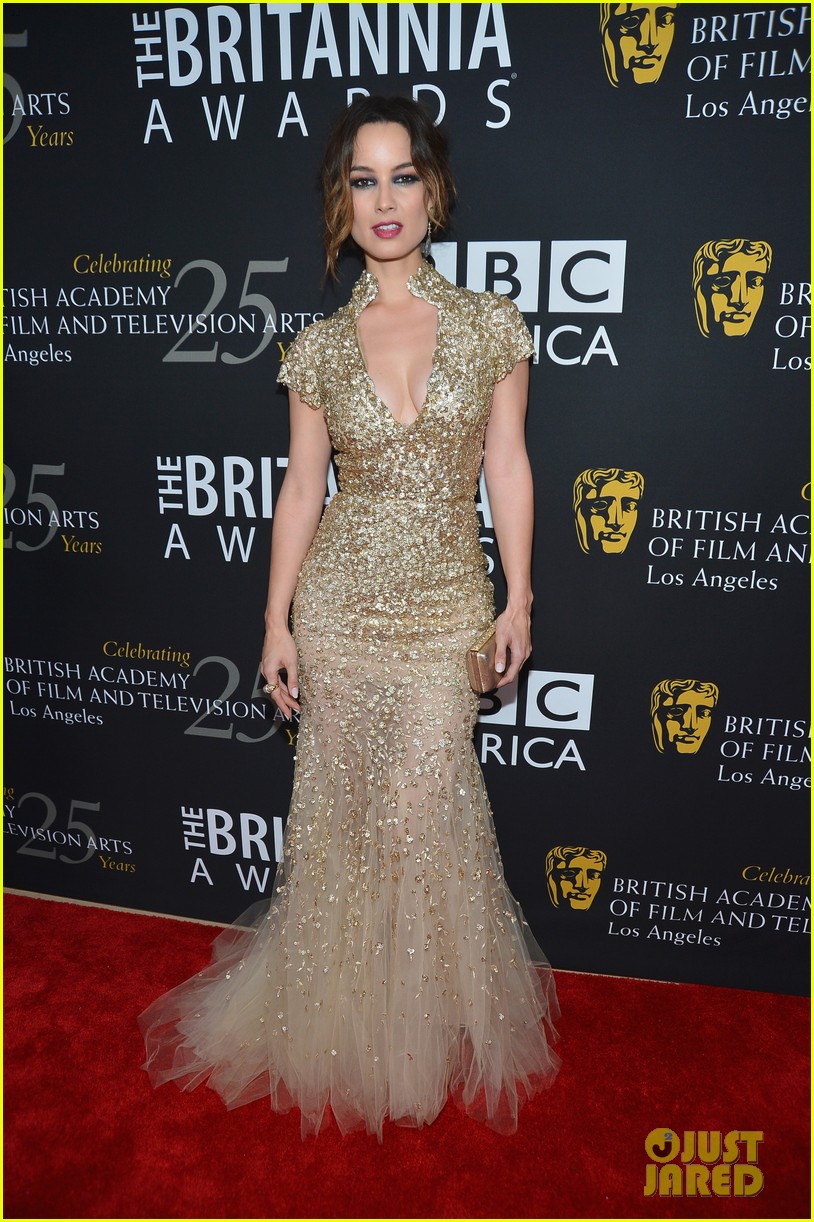 Voted for both. They both are just amazingly beautiful!

Olivia Munn is very beautiful, but I voted for Berenice just because I am on this Bond forum. Nice one Ace - that last two shots looks like some promo from one of the 60s Connery films or something!

Berenice at the Skyfall premiere in Australia!

Woo - thanks indy_chic! Bet she's knackered all this globe trotting!

Bet you wish you could be there for that premier!? You get it in Austrailia in a matter of days, don't you?

I love that purple dress that she is wearing! Gorgeous!

After seeing SF my head is exploding. Has anyone started to rank Bond actresses from France? Berenice is the latest but I've seen many others like Eva, Sophie, and Corinne, and they are all stunning. Oui, they're going bonkers over Bond!

Bet you wish you could be there for that premier!? You get it in Austrailia in a matter of days, don't you?

Skyfall isn't too far away here in Australia, it's released on the 22nd so only a few more days to go. I do wish I was at the premiere but maybe it was for the best that I didn't go as I may have tackled Mister Craig out of excitement. Oh wait this is the Berenice thread so maybe I better change that last sentence and say that I might have tackled Berenice

Found another pic of her from the Australian premiere Ok, well now I know where i'm spending my time on this site.

Welcome aboard FJB! Enjoy the appreciation!

Some hot off the press pics of our girl at the Japanese 'Skyfall' premier looking more stunning as she goes! 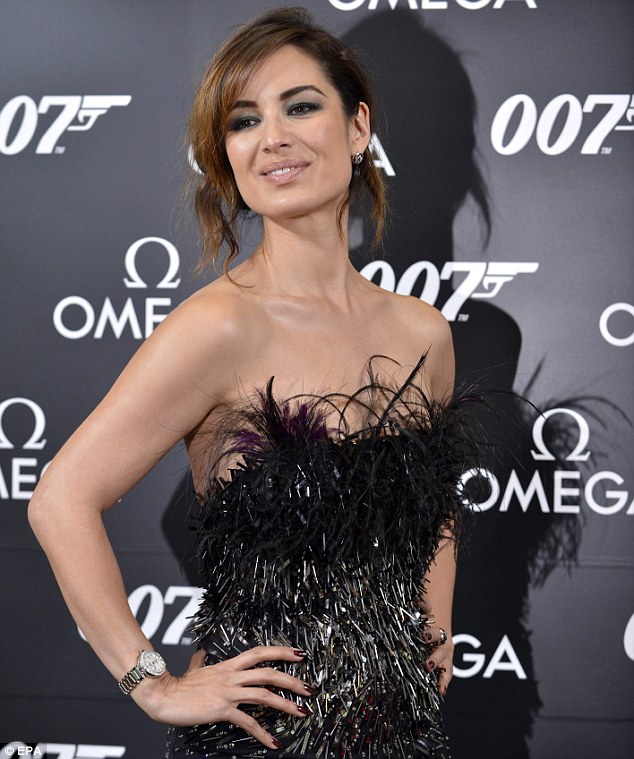 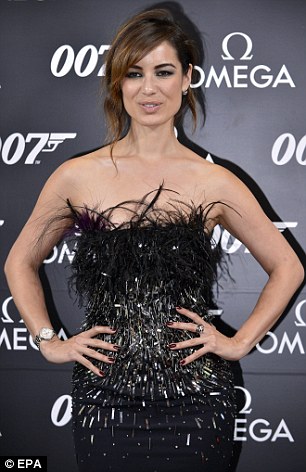 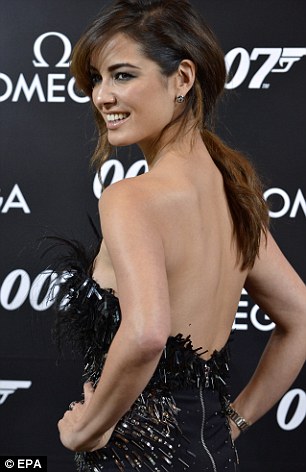 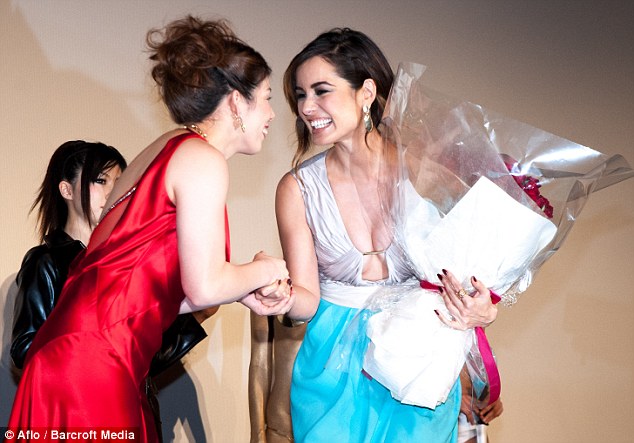 And a bonus shot of various Japanese models kitted out as former Bond girls... 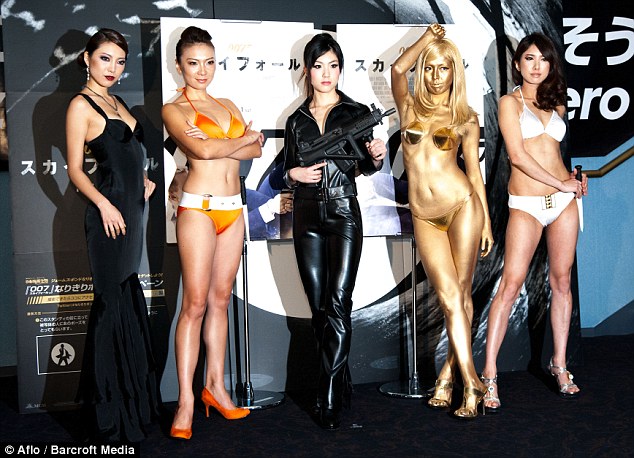