Finished watching The Spy Who Loved Me on UK TV this afternoon. I really miss Roger and it has made me appreciate his interpretation of Bond. The wit, charm, twinkle in his eye and light-hearted approach. This humoured approach to Bond is even more welcoming now since we are living in an age of constant terror and fear. We all need a chuckle!

Jim described Moore's era perfectly in his 007th Minute reviews: "........Roger Moore’s Bond allows them to keep his character reasonably consistent and watchable throughout his tenure whilst upping the weirdness around him – black magic witches, apparently invisible space stations, metal-teethed giants, Steven Berkoff, triple-nipple, supertankers, spectacle, spectacle, spectacle – and with a lesser or different Bond, it could all have collapsed. Anyone else wouldn’t have had the strength of character and what Moore makes look shockingly easy was the result of proper talent

in doing so. For other reasons patently one of the finest men of our lifetimes, for professional reasons Roger Moore was an absolute, critical requirement for the development and survival and continued entertainment value of the James Bond series. Seven films, some of which aren’t super, but he never let us down. Messrs Saltzman and Broccoli, in your decision-making here, a tip of my small, chickenfeathered hat."
Thank you Sir Roger, RIP

I do believe that the movie that I've seen the most times in the theaters is FYEO. Six times I believe.  Although I may have seen Star Wars, Empire, or Raiders more times. I honestly can't remember. For purposes of this post, however, we'll just say that FYEO sold me the most tickets.

Nobody Did It Better

Thanks to VCR technology in the 80s, I swear I saw FYEO over 70 times!

Thanks to VCR technology in the 80s, I swear I saw FYEO over 70 times!

Live and Let Die and For Your Eyes Only were probably the two Moore films I watched the most on VHS.

This one was a punch to the gut when a coworker told me about it Tuesday morning right before we were getting ready to start the day.  Just a terrible loss.  While he wasn't my #1 favorite Bond, I can't say that I ever really had a bad time watching Moore as Bond.  He's a bit like Tom Cruise for me in that regard, the quality of the film can be up or down, but Roger Moore never failed to entertain me.  I could always walk away from one of his Bond films feeling as though I'd had fun.

Factor in that and his humanitarian work, about which not enough can be said, and the world lost a great one.  RIP Mr. Moore. :(

This must be one of the most charming anecdotes about Sir Roger ever:

@SecretAgentFan:  What a great story!  Thanks for sharing!

Between this and his social media post, you can tell Roger Moore meant a lot to Pierce.

I think so too.  His social media post was more wordy than many others.  And this very heartfelt piece on top, fair play indeed to the chap.

Between this and his social media post, you can tell Roger Moore meant a lot to Pierce.

Agreed, what a tribute.

I saw this on Facebook and figured I'd pass it along.

All credit goes to Jim'll Paint It's Facebook page. 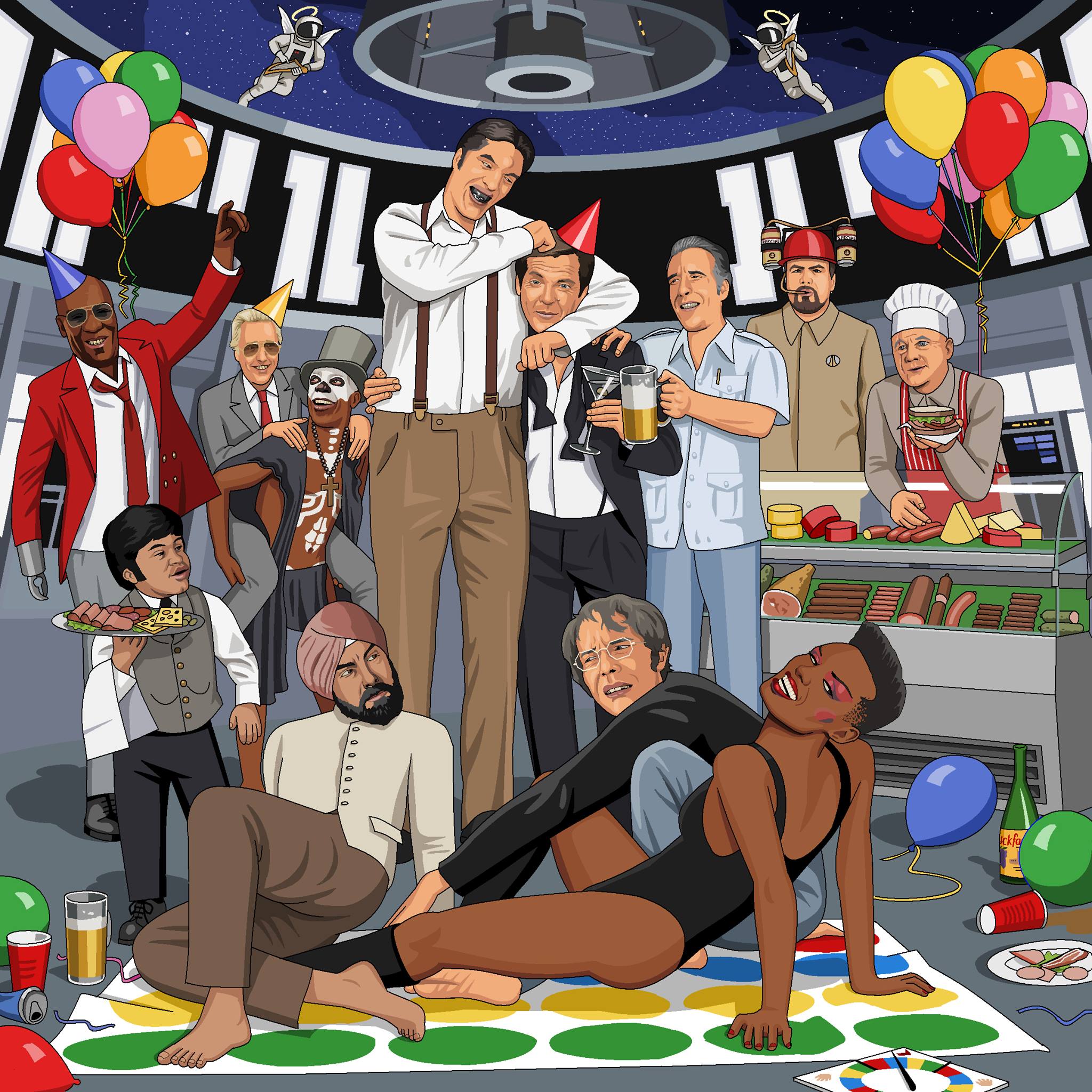 I popped along to the Bracknell Odeon for the Sir Roger Tribute tonight.

Not sure if this was the same across the board, but the 6.15 film, while advertised as Spy, turned out to be Eyes.  And Spy wasn't shown at all.

Plus, for a charity event, the tickets for (what was supposed to have been the two films) were only £5.  I would have been happy to chuck £20 if proceeds were to have gone to Unicef.  (And more so if both films were shown.)

On the other hand, has anyone checked into the James Bond Radio site for the 4hr+ tribute? (!!)  Some incredible work at play there and well worth listening to.  Well done to the two chaps there.

The MI6 building in Vauxhall Cross in London should have a space outside where they can put flowers, write condolences for that late James Bond actor. And even light up a hologram-like memoriam on the building's wall something like:

Along with his picture too!

I saw this on Facebook and figured I'd pass it along.

All credit goes to Jim'll Paint It's Facebook page.

I found that painting really touching, for some reason. I think it has to do with seeing all the characters so happy and cheerful. Terrific work. I just wish it was John Hollis' likeness as Blofeld.

I love it.  Somehow it doesn't even seem out of character for Zorin and Samedi. :-)

However, for all the nuttiness going on in this picture, the thing that gets the biggest chuckle from me is seeing the ultra-stiff, straight-faced Drax wearing a beer hat.  LOL

Hmm...did the Jaws character die offscreen?  I also just noticed the spacemen wearing wings and playing harps.  It's kind of like a Bond Villain's Pub.

Great job; the Twister pad is giving it the final touch...

Great job; the Twister pad is giving it the final touch...

I must agree. Gobinda's expression alone cracks me up.

I´m sure Sir Roger would be pleased.

Still, imagine you die and the afterlife consists of partying with your foes!?

Still, imagine you die and the afterlife consists of partying with your foes!?

I really enjoyed Australia's own "Mr Movies" Bill Collins' interview with Sir Roger in 2008. I have it on VHS somewhere.

Here is the news article about it at the time:-

The first interview with Roger Moore will premiere tonight followed by Moore as 007 in The Man with the Golden Gun and then The Spy Who Loved Me.

“Roger is a very witty man, a very stylish sort of person, very sophisticated and as I had met him twice before, it was like meeting an old friend.

“He was a pleasure to interview and do business with.”

According to Collins, Moore does a lot of work for the charity UNICEF which he was introduced to by his good friend, Audrey Hepburn.

“He is not a lazy man – he is always being invited to functions and he has made the odd film appearance,” explains Collins.

“He talks at great length about Bond films which you will be able to see in my interview with him on FOXTEL.

“He has a quick mind and is very interesting.”

Collins favourite Bond film is The Spy Who Loved Me with Moore in the role of 007.

“I think that film is rather effective,” he says.

“One of the really good ones is Moonraker.”