The Independence Da trailer looks interesting. The first film is one of Emerich's few watchable films, so it'll be interesting to see how this one turns out.

The Star Trek Beyond trailer, however, looks terrible. Not that J.J. Abrams' two films were anything to write home about, but he is a much more competent filmmaker than Justin Lin.

Yes, I'm desperately hoping that ST: Beyond will be better than that trailer.

I, too, was not all that impressed by the Star Trek Beyond trailer. Though, it does appear to be more light-hearted and fun than Into Darkness.

Fun.  That´s what I thought.

The high-octane action... well, it´s Justin Lin, and he was hired to do that.  I don´t have to have that in a STAR TREK movie - but the mass audience needs it.  If it´s well done, I´m open to it.

My most anticipated films of 2016 are

I´m getting depressed with movie expectations for 2016. It´s only superheroes and desperate sequels :(

I guess we have the Bond series to thank for the popularity in sequels now and days.

Hope to see in THEATERS:

Rogue One: A Star Wars Story

Will WAIT for the DVD

Jane Got a Gun

I doubt I see any of these movies in the cinema (my two trips to the cinema in 2015 most certainly won't be matched), but the 2016 films I'll be looking forward to are:

For me, I'm most looking forward to:

Inferno (the next Robert Langdon film)

Umm..I guess Star Trek: Beyond and Star Wars: Rogue One

Think that is it.. 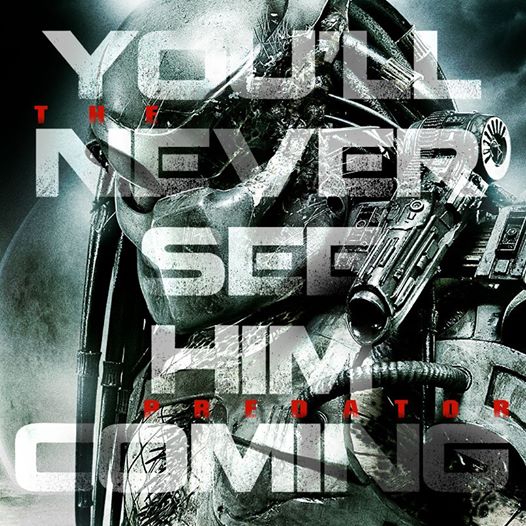 I ain't afraid of no remake/reboot....well I am personally. How about you?

Even worse than I was imagining.. I will NOT be going to see this..

Nail on the head there, SAF. Known visual and that amateur humour seen in EVERY modern comedy film. Hysterical shouting, dead-panning and trying to be "improvisational" for comedic effect which looks more staged than ever.

At least Melissa McCarthy looks to be a bit more restrained than usual. I can already tell Leslie Jones' character is going to be the worst part of the film.

On the bright side, a few things to look forward to in this movie that weren't spoiled by the trailer:

- Andy Garcia as mayor of NYC

- The big bad villain who is supposedly

Spoiler
the inspiration for the logo ghost.

My question is can Chris Hemsworth pull off the Janine Melnitz Brooklyn accent, "Ghostbustas..whadda you want??!!! "

I've got to be honest, it's not nearly as bad as I thought it would be.  That doesn't mean that it'll be good, but I was expecting there to be absolutely no positives, and there were a few:

And we haven't even gotten a glimpse of Dan Aykroyd, Ernie Hudson, and Andy Garcia yet.

I wonder, though, why they're following the same template for the team if this is supposed to be a completely new thing.  The opening bit might have been given a dose of humor as well if they had called the original team what they really were, instead of "Four Scientists Saved New York" it could have been "Three Scientists and a Private Contractor Saved New York".  Never got the feeling that Hudson's Winston Zeddemore was a scientist.

I wonder how Murray, Aykroyd, Hudson, Weaver and Annie Potts will feature - I mean you can get pretty much all of them together in the same scenes so I'm looking forward to their parts and how they will inspire and progress the new era going forward. As I'm sure they will be ones giving our "younger" heroes the strength to continue doing what is right for the good of the city.

So excited for this movie ... with or without Spiderman.

Agreed!  And while I liked the Marvel films so far, especially the Captain America sequel, I wonder whether the approach "put even more superheroes in it" (DC is trying this too, unfortunately) will lead to diminishing returns.

I did not care for any of the Raimi/Maguire films.

The first Andrew Garfield one was okay. Did not see the second one.

I liked the first Garfield film, too.  The second wasn´t truly bad, just too cluttered with story strands to build up future films within a new Spider-man universe.

I did not like the first and the third Raimi-Spider-man films.  The first one had an awful looking villain (with Dafoe overacting like crazy), and the third one was - well - cluttered with too many story strands.

The second one, however, works like crazy for me.

The second one was fine - but the whole Raimi trilogy suffered from the start by taking the historically most significant moment of the Spider-Man comics, the death of Gwen Stacy, and throwing it away right at the start with MJ and turning it into a happy end. I was able to forgive the idea with Parker spurting his net from glands in his hands, I didn't mind Dafoe ripping the screen apart with overacting, I found Maguire a decent Peter Parker (and Spidey can only really be captured by CGI anyway.)

But taking that moment and needlessly burning it up for the very first in a series was unforgivable IMO. The second film did its best to make it up again with a fantastic Doc Oc - but it never was able to make me forget this cardinal sin. It was as if Eon had exchanged Honey with Tracy in DN, thrown out the marriage, kept the shooting - and then let her live.

Oops, wasn´t that familiar with this core story (read only some Spider-man comics way, way back then; was a total Superman nut, with Batman in second place).

But this throwing away of a major plot point really is strange.  And man, exchanging Honey with Tracy... that would have been a disaster!

For the Spider-Man films it was one of the worst decisions they could have made - but of course due to the way these vehicles are handled today in Hollywood, projected three-picture deals, minimum number of scenes and so on. Since it was always clear Peter would end up with MJ they knew they had to introduce her early on, with Dunst of course looking at the main female part in the Spider-Man universe. For the films this made sense up to a point, though it meant scratching Betty Brant, Peter's first love interest but a fairly low key uninteresting character. It meant also changing MJ's butterfly character towards a more steady makeup. In the comics MJ never really committed herself to Peter at that time, that's why he was attracted to Gwen Stacey, his real love until she died.

That moment in 1974 - a bit later outside the US - shattered fans like few things before or after. It came totally out of the blue, the death of a popular character with plenty of potential for further conflict. It turned the entire dynamics of the series upside down - if Gwen could die, everybody could! - it made the fans and Parker scream for blood. And there was no way out of it (the stupid cop outs of later decades for the resurrection of a character had not yet been used), Gwen was dead and it was at least partially Parker's fault, the guilt never really leaving him for a long time.

The films could probably have reflected this structure better by starting with Brant as Parker's girlfriend, with the two of them breaking up at the end of the first, then showing Peter between MJ and Gwen in the second and Gwen dying in the third. It would have called for a strong actress for Gwen, cutting down the MJ parts, building up the Goblin and the ambivalent relationship between Peter and the Osbornes father and son over all three films, going with the Lizard as first villain and Doc Oc for the second, with the Goblin in the background - only it all becomes massively cluttered up pretty fast for a film script.

But the fact remains Raimi lost a lot of potential on his way through the universe of Spider-Man.

Thanks for this!  You have a very clear grasp on narrative, by the way - and should get paid to write!

One might say I've got a deal almost as good as that, I get paid for not writing...