Loved it! Don't want to see it but loved it!

Worst nightmare, that is.

Saw Mission: Impossible - Rogue Nation Friday afternoon in IMAX. Was a bit shocked that it showed the teaser trailer and not the latest, theatrical trailer for Spectre. Not that it particularly matters, as I wasn't a fan of either trailer.

Awesome little tidbit from the editor of the trailer (who's done all the Skyfall trailers and I believe the QoS theatrical too) on the OHMSS cue, when I asked him whether it was his idea:

It was an early remark from Barbara which I stored, then implemented, pushed for and got!

He also praised Jeff Pfeifer re: the music, and talked about how he'd hum bits that he'd want for particular parts of the trailer down the phone to Pfeifer, who'd then turn them info full orchestral pieces. A much more symbiotic process in terms of scoring/editing compared to most other film trailers.

After the Brosnan and the Moore version, now Sean Connery. Nowhere near as good as the first two (especially in the sound editing), but there you go:

I also notice that the trailer features "women admiring Bond as he walks by" - this time in MI6, as he strides down the corridor.

This was often part of the Bond movies in the past.

Another page of the SPECTRE trailer score - recorded at the Newman Stage in LA: 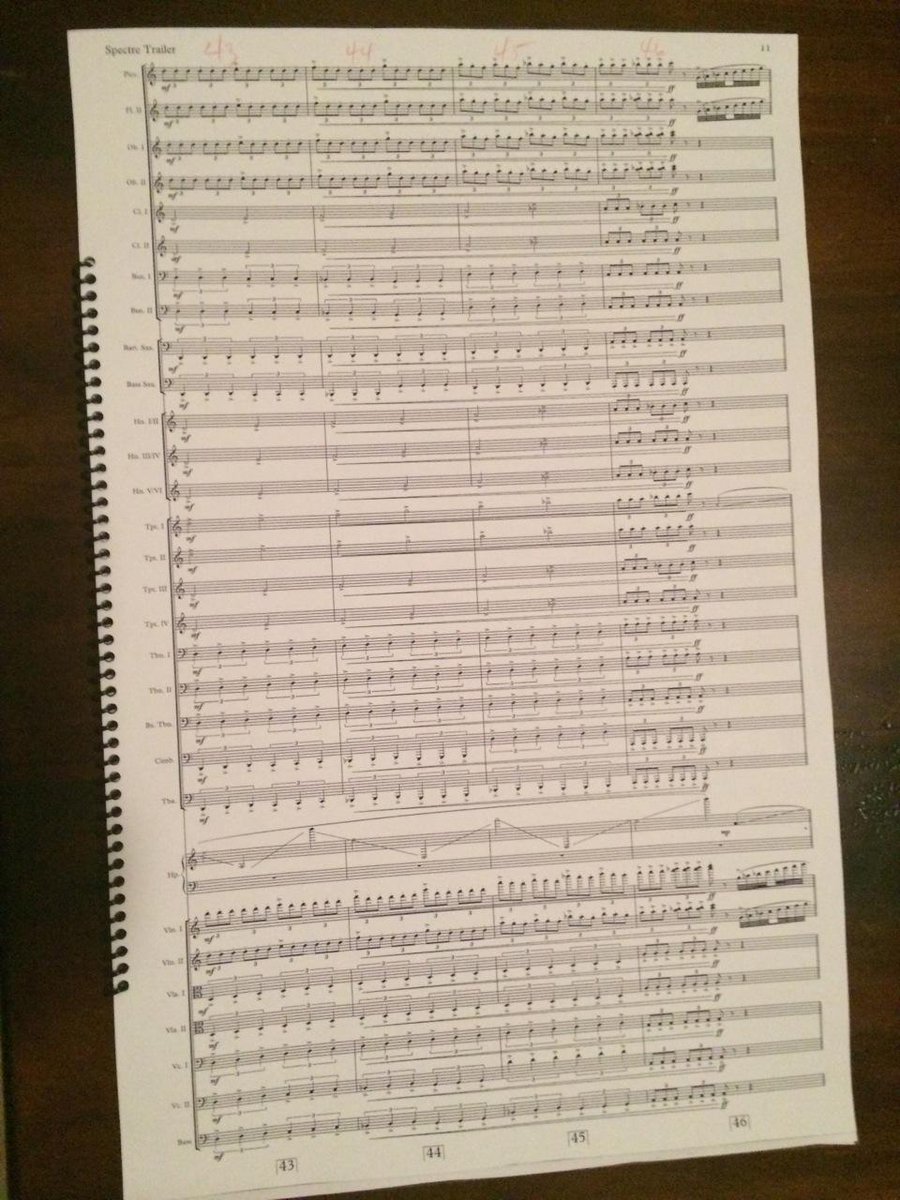 Follow the Chinagraph team at https://twitter.com/Chinagraph_L/. They're saying a couple new SPECTRE pieces are coming soon...

I'm getting a Casablanca vibe from the trailer too. Must be the white dinner tux and the fact Morocco features.

As fellow Bond fans I hope you might be interested in a project I have on the go.

I’m running a crowd funding campaign for an animated comedy web series called Bond Meets World. It’s a sketch show that follows a crotchety, middle-aged, Connery-esque James Bond as he struggles to deal with mundane situations you would never normally see that character in. You can watch the pilot episode on the crowd funding page here:

I hope you all enjoy it.