The clue is in the title! Which non-Bond Brosnan film do you consider your favourite?

Guilty pleasure: Mrs. Doubtfire - I loved this film as a kid, and hated Brosnan's character for breaking up the family. I know now that it wasn't his fault - but still. Booo. The look on his face when Doubtfire throws the fruit at him at the pool? Priceless.

I think Grey Owl is the lesser know of the three, so I'll go into more detail on that one - I love it for several reasons. The first being that it has some local relevance to me.

My home town is Hastings, where Grey Owl ( AKA Archibald Belaney) grew up, I knew his basic history before the film was made and I know several of the locations mentioned in the film, including his home, his old school etc.

I remember when he came to the town to shoot scenes here - it was a big thing, he was already Bond at this point, I actually saw him preparing to film a scene! The first Bond actor I'd seen in person - in my home town!.

The film itself was brilliantly made, directed, acted etc - I loved it - still do. If you haven't seen it - SEE IT!

MARS ATTACKS! was a lot of fun, one of my favorites from back in the day.  Also THE THOMAS CROWN AFFAIR (been a while, need to rewatch that one), AFTER THE SUNSET and THE NOVEMBER MAN are all great Brosnan films.  Can't say which film of his would be my favorite, but it would probably be out of those three.

I haven't seen The November Man yet, it's on my "To Watch" list.

Ghost Writer.  He brings some gravitas IMO.  The scene on the plane is a show stealer.  The movie itself was great, and so was the supporting cast.

Probably The Thomas Crown Affair. Although, I admit that Dante's Peak is a guilty pleasure of mine.

Honestly would have to go for Mrs Doubtfire. Far from a guilty pleasure and more a 5 star classic. Just because it's a comedy doesn't undermine how powerful it is as a film. It has a real emotional hook, three dimensional characters (Robin Williams, Sally Field and Pierce Brosnan absolutely shine) and some of the funniest stuff that Williams ever did.

Brosnan seems to be one of those actors who rarely gets good material. I'm really interested to see Love Is All You Need, a danish romantic comedy in which, Brosnan in particular apparently gives an outstanding performance.

Brosnan seems to be one of those actors who rarely gets good material.

Used to like THE THOMAS CROWN AFFAIR, but THE GHOST WRITER trumped it. That's a decent thriller.

You don't any more?

but THE GHOST WRITER trumped it. That's a decent thriller.

So, because you find a film you like better means you no longer like the previous film?

Not quite what I meant... THE THOMAS CROWN AFFAIR used to be my favourite non-Bond Brosnan film. Now THE GHOST WRITER is.

Not quite what I meant... THE THOMAS CROWN AFFAIR used to be my favourite non-Bond Brosnan film. Now THE GHOST WRITER is.

And The Tailor of Panama.

I'm going to go out on a limb and say my most "enjoyable" non-Bond experience regarding Pierce has to be 'Mamma Mia'.

He's just... so horribly miscast for a musical!

Although, I admit that Dante's Peak is a guilty pleasure of mine.

This would be my answer. What elevates it from your typical 90s action film is Brosnan's performance. A good Saturday night popcorn flick that always hits the spot for me.

Mamma Mia, for being a good sport. Hilarious.

Ghost Writer.  He brings some gravitas IMO.  The scene on the plane is a show stealer.  The movie itself was great, and so was the supporting cast.

Same here! I didn't expect much, but was really positively surprised by the movie and the very solid performance from Brosnan.

The Matador. I realy love him in this movie.

He's exellent in it and the movie itself is realy good. You never know how the story goes and what you can expect.

The Long Good Friday  and The Matador

With the exception of GE, it's my favorite Pierce film period.

Mars Attacks! was good too. That film is pure fun.

Hahahaha! That's a good one! 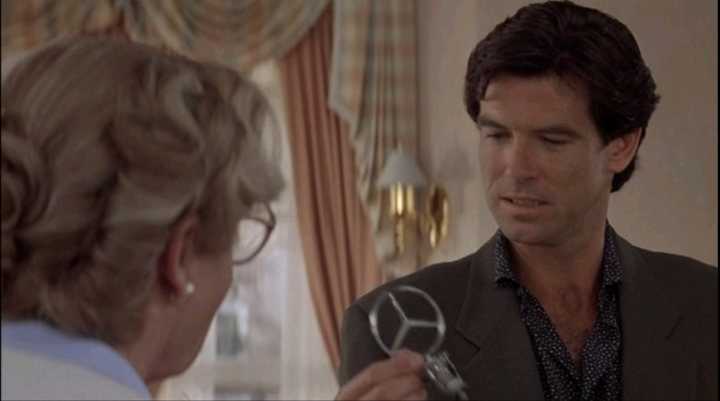 I forgot about Seraphim Falls! That's a superb survival movie and Brosnan more than holds his own acting chops alongside Neeson. Best Brossa performance after The Matador. 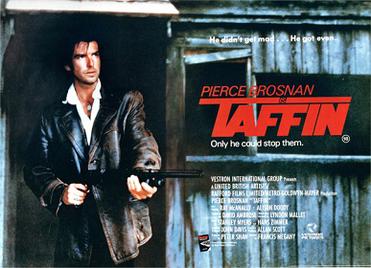 I was just 17 when i saw this at the cinema and at that testosterone fuelled age loved the 'posey' machismo of this pretend-to-be-gritty Irish 'gangster-thriller' (that's the closest sub-genre i can think of). It was a kind of stand-in Bond movie for those of us that were disappointed that Remington Steel  himself hadn't succeeded Moore. This was his time to be Bond really, circa Long Good Friday/Fourth Protocol  and this movie - they got him a tad too late.

It's a little cheesy, of course... In the source novel Mark Taffin is an old fat guy, so having Brosnan strutting around looking far too dashing to be a small town debt collector was never going to be a perfect fit. So although Brossa did his best he was pretty much unconvincing in a role which needed older, grittier, dirtier and very rough around the edges.

However, i still bloody love it

it's a great little thriller, with a good villain, a inexplicably hot babe, a trolly-dolly i think, who just happens to be passing through. Great scenery a score with some nice motifs. It also has a good message about the merits of small town life and the wows of big-money greed; it's kind of Local Hero  done as a thriller...!

I remember liking it at the time, but i was 15, so give me a break if it's dated badly

Btw, has anyone actually mentioned Remington Steel  yet?  It was great and Brossa carried that show. His lively, enigmatic turn made it a huge hit at the time.

Edit: the Nomads pic wasn't showing up, so i changed it.

Btw, you've got to love the nonsensical tagline, "If you've never been frightened by anything, you'll be frightened by this!"... So if you have  been frightened by something, then what? You'll be fine with this?  The science of movie marketing has certainly come on some since then. So bad it's almost good (but it isn't)

Thomas Crown is great, even better than the original (and I am a huge McQueen fan)

Tailor of Panama is a close second

Ghostwriter is a close third

Blink and you're dead.


The Tailor Of Panama
https://www.youtube.com/watch?v=i_WA2PHPs_Y

MRS. DOUBTFIRE was one that I neglected to mention in my first post in this thread. Just a great film featuring one of the most memorable of Robin Williams' many great performances. I think it was also the first time I saw Brosnan in anything and I remember coming away from the film being a fan of his as well.