Nobody Did it Better

The late Sir Roger Moore appears on the front cover of the July issue of Best of British.

“Some say that Sir Sean Connery is the best as he was first,” says editor Simon Stabler, “but due to his length of service, lightness of touch and playing him as an exaggeration of himself, to many fans, Sir Roger is the definitive Bond.”

As well as a feature written by Sir Roger on how he got the job as 007, the magazine goes behind the scenes at Wimbledon – a tournament that the late actor attended on occasion – and discovers what it was like to undertake police firearms training in the 1970s.

“Strangely enough, while our young PC may have carried a Walther pistol, his adventures were nowhere near as glamorous as the Good Commander’s.”

Best of British is available from WH Smith, independent newsagents and www.bestofbritishmag.co.uk 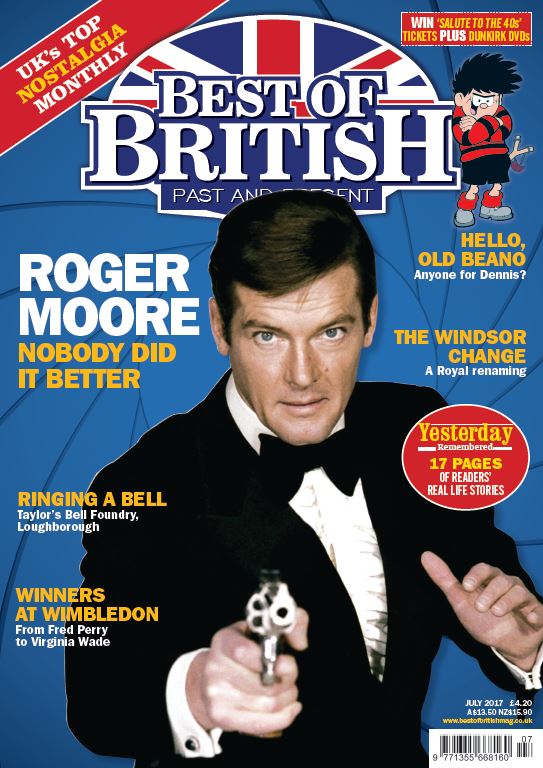 Wow! Thank you for mentioning this. I'm gonna order one for sure!