Just read that myself. Interesting.

Brosnan doing another "grisled ex-operative"?  "No Escape" cast him in that kind of role, too.

But partnering him with Campbell - yep, that´s interesting.

Could be the greatest film ever. Brosnan. Chan. Campbell.

Saw this earlier. at first glance i would not feel that confident in it, but the fact Campbell is directing is interesting .

I'd be just as happy if it turned out to be a 'buddy cop' film.

Brosnan to Chan, "DON'T EVER TOUCH A SECRET AGENT'S RADIO!"

This could be interesting.

With Brozza, Chan and Campbell in it, some potential is present.

Brosnan doing another "grisled ex-operative"?  "No Escape" cast him in that kind of role, too.

But partnering him with Campbell - yep, that´s interesting.

Anyone see No Escape? Just finished watching it myself. A pretty by the numbers movie, but it's always enjoyable to watch Pierce play an older retired James Bond on holiday. (which is essentially what he's doing here)

What other films other than November Man does he do this sort of thing?

Campbell is a hit or miss director. GoldenEye and Casino Royale were exellent, also his first Zorro movie is a lot of fun, but the second was borring. The Green Lantern was also not realy good. Most of his other movies, like Vertical Limit, No Escape and Edge of Darkness, are average

So Casino Royale, from ten years ago, was his last great effort. I'm not sure this new movie, called The Foreigner, is gonna be an instant succes.

By the way, is there anyone who ever saw his first four movies? Hahaha!!

By the way, is there anyone who ever saw his first four movies? Hahaha!!

I saw his first film "The Sex Thief" with almost-Bond David Warbeck. In our day and age it's hard to see what's so charming about a man who breaks into women's homes, then robs and ravishes them. Despite this, Campbell's direction is sharp and lively for that genre.

I've haven't seen his next several sex comedies. But I have seen his post-Reilly and pre-Goldeneye films. "Criminal Law" with Kevin Bacon Gary Oldman, Tess Harper and Joe Don Baker, tho' flawed, is much better than its reputation and is definitely worth a look. "Defenceless" with Barbara Hershey, Sam Shepard, Mary Beth Hurt and J.T. Walsh (remember him?) is crap. I barely remember "No Escape" with Ray Liotta and Lance Henriksen and so I guess it must have been just okay. I know I saw "Cast a Deadly Spell" with Fred Ward ("Remo Williams"), David Warner, Julianne Moore, and Clancy Brown but again, can't remember what I thought of it.

UPDATE: Now I remember what I thought of "Cast a Deadly Spell": thought it was good enough, the cast was strong and everybody seemed to be enjoying themselves tho' the story wasn't much. 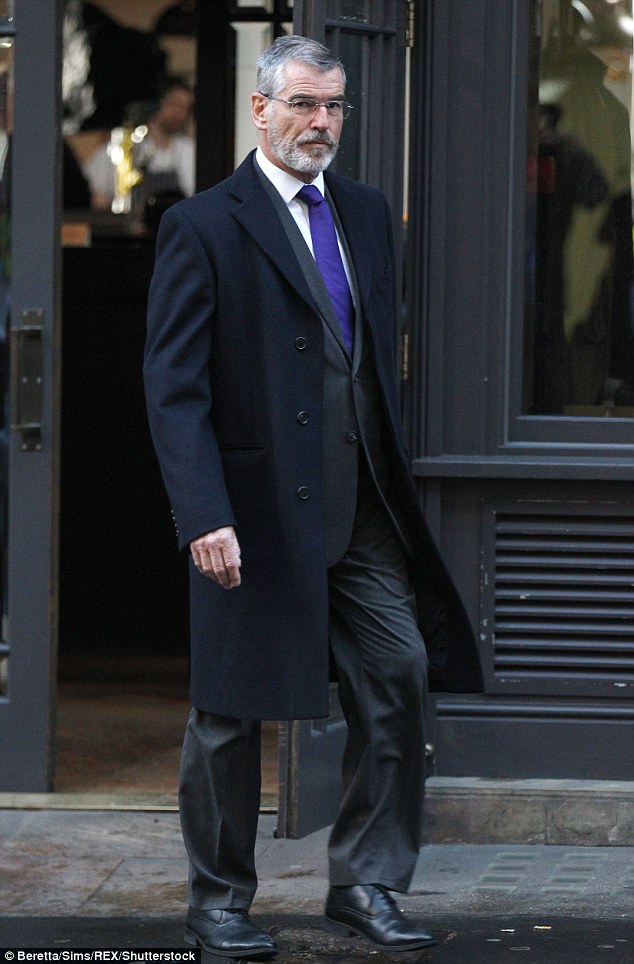 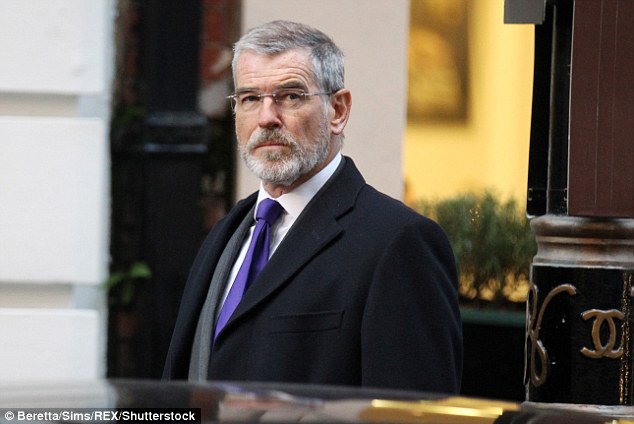 Is it required that our Bonds look like Sean Connery as they age?

Is it required that our Bonds look like Sean Connery as they age?

When they do the inevitable Indiana Jones reboot Brosnan is a shoe in for Henry Jones Sr.

Explosive action on Londons Lambeth Bridge over the weekend - giving 007 a run for his money: 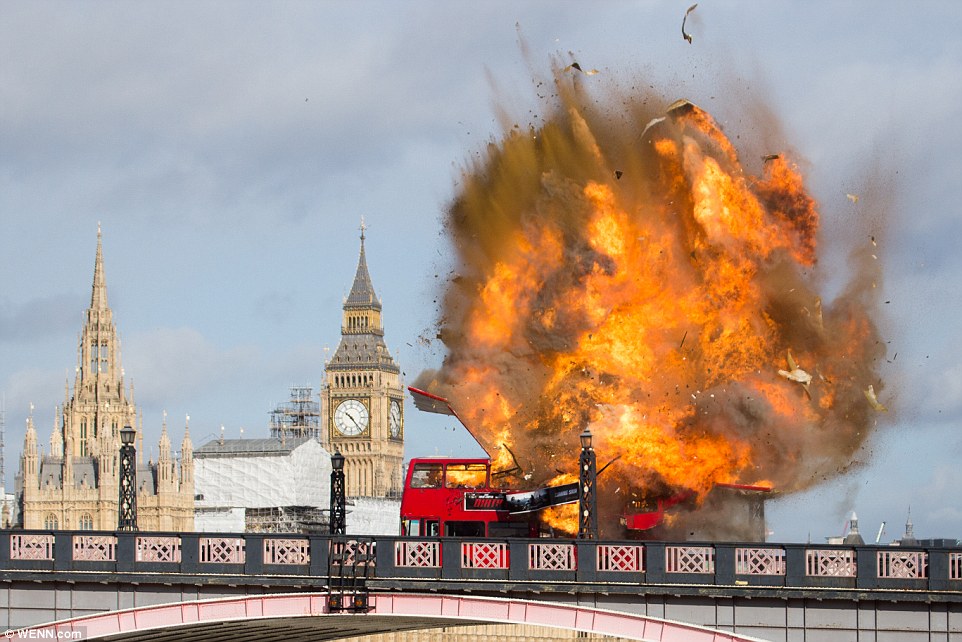 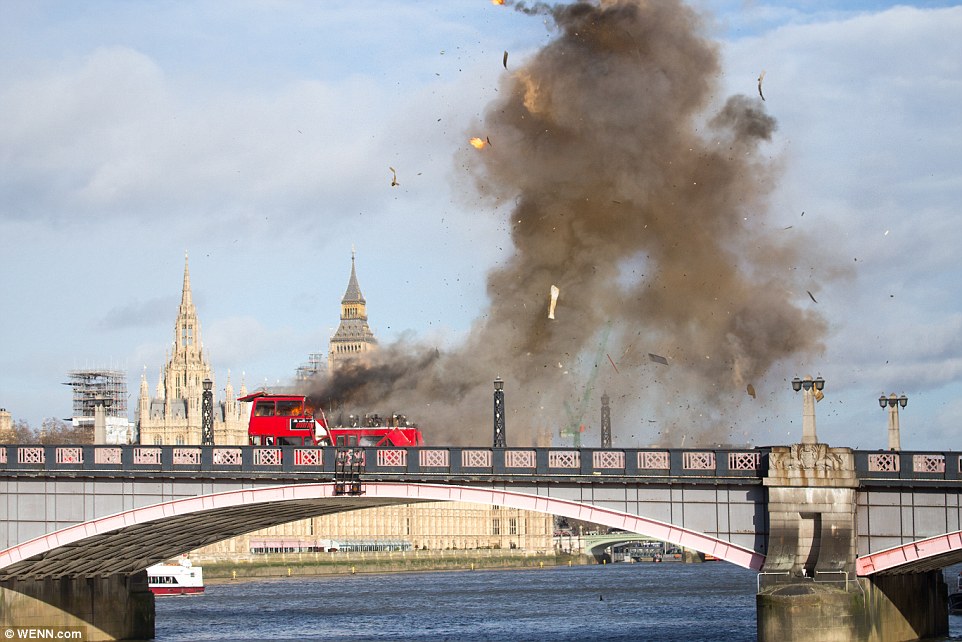 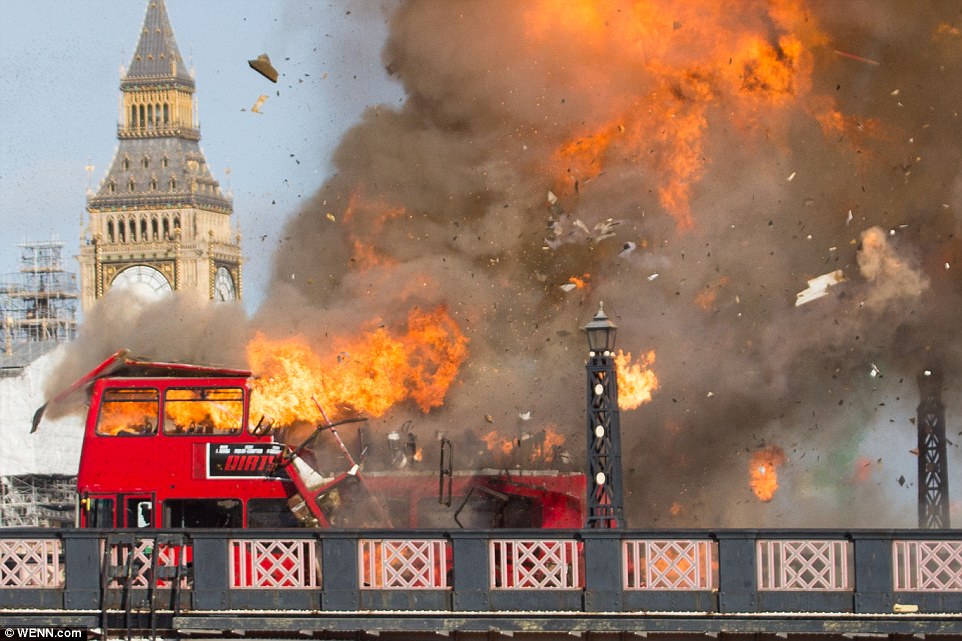 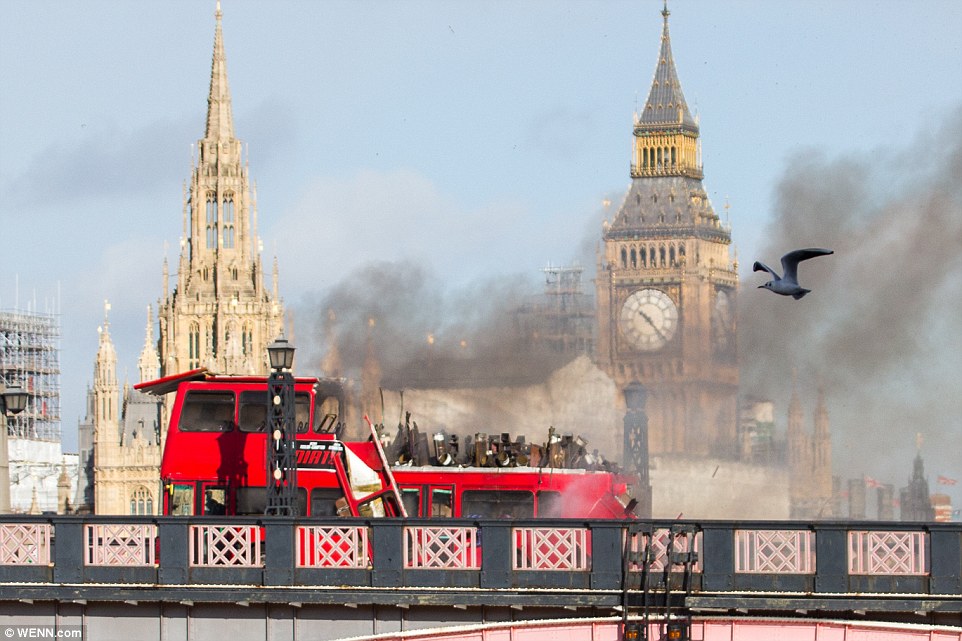 I wonder if the seagull there is a stunt double.

That is in rather questionable taste, yes.

Is he playing Gerry Adams?

Blimey, what a piece of work.

The bus explosion on the bridge got some attention in the nightly news here in Australia the other day. All of them stated it was for a Jackie Chan movie, but no mention of Brosnan at all.

If only this was RUSH HOUR 4 set in London with Brosnan as the villein. Still will see this though.

Pierce is at that age where he could go with either an older or a younger look.  With the grey hair and beard, you get one look (see pics above), but shave him, cover the sun spots on his forehead and dye his hair, and he could still play Bond IMHO...