I'm having issues updating my avatar. I click the button that says "change" and nothing happens. Additionally, is my current avatar showing up? On my computer it's just a broken image logo.

Ther seems to be some problems for some members with this. Tech staff will have to look into this.

Just post it here I'll do the change for you this evening.

Thanks! What dimension and size restrictions are there? (It's been a long time since I've changed it). Also any chance you could change my display name?

Whatever size you send, it'll always be displayed at 100 x 100 pixels. But it's best to create it in that size in order to avoid any surprises.

We're a bit reluctant when it comes to changing display names, but it shouldn't be a problem when it's about a simple change of spelling, capitalizing or de-capitalizing something, inserting or eliminating a blank space or adding or eliminating a "007". But we usually prefer not to have complete name changes (mostly because it confuses other members). We did that a few years ago, but it meant that for a few weeks, both names were displayed. And I'm not sure if I can figure out how we did that back then.

Ah, gotcha. In that case, could you take off the 007 from my username? And here is the image for my avatar: 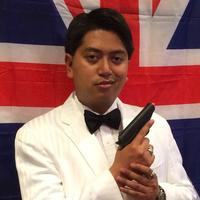 Changes done. Attention: I only changed your display name. Your login name remains the same as before.

I am likewise having a problem. Dustin said to drop my new picture here and you'll fix it.

I've tried copying & pasting, and linking, but pictures in my own file don't have URLs. All I get is the 'can't be shared' message.

Could be that I solved the problem (not certain if it worked).

Please try again if you're able to upload an avatar now.

I even tried copying a picture to a document file, and cutting & pasting it here for you to move,but I just get the 'can't be shared' message.

Never had any of these problems before. Am I doing something wrong?

(No hurry on this - I know it's not of earth-shattering importance.)

Damn. Delved deeply into the treasures of the system and thought I found it. Have to look into it again when I'm home this evening.

I assume you're not doing anything wrong at all. The problem is in the system...

If at first you don't succeed...

Try again if it works now.

I may just have to get used to being anonymous...

I've never been able to change my avatar either. Let's me upload it but asks me to crop the anonymous pic.

Me too!I Can't even tell whether the uploaded one is even really anywhere.

What image size are you trying to upload? It's limited to 100x100 Pixels.

I can't even paste it here, even after converting it to a gif.

Can you do it with this?

(The Mirror claims this picture is from Live And Let Die. Really?!)

(The Mirror claims this picture is from Live And Let Die. Really?!)

I've now tried everything I could do to solve this avatar problem (and I boldly went deep into system territories I've never been before). I don't know what it is. People with better skills than I have need to look into this.

Anyone with avatar problems, please post them here and I'll upload them as soon as I can.

Nice picture, but I very much doubt that this is from LALD. The background screams "Octopussy", and that's a movie in which he actually wears a white dinner jacket - as opposed to LALD, in which he wears no dinner jacket or tux at all (hence no reason to make a promo shot with Roger wearing one). Likewise, he doesn't smoke cigarettes, does not drive an Aston Martin and doesn't drink Vodka Martinis. That was all done on purpose, as they wanted to distinguish him clearly from his predecessors who did all that.

I'm glad that the interweb wasn't around back then, would have been a feast for the people at moorenotbond.com...

It will be a while before I change my avatar again (but I undoubtedly will).

Thanks for offering to sort out my avatar.

Here's my chosen pic. It's nothing too inspired, unlike AMC Hornet's!

Uploaded. Hope the cropping is OK. I also eliminated that remaining bit of blur on the right side.

I'm unable to upload an avatar as well. Could you add this one for me, stromberg?

Can I also put in a request for my avatar to be uploaded please. Can't get it to work myself. Wow that was quick - thank you sir

Hello! I would like the Admin to please upload this image as my avatar:

I have attempted to upload an image at 200 x 150, a full-size image, a different image, and a link from the photo hosting site, but none seems to cooperate with the board software.

I don´t feel comfortable with that particular image.

I know - this is a James Bond site, promoting a guy who flashes a Walther in his signature move.  But to just put a picture of a gun out there as if it is something to admire and fawn at...

That won't be necessary. I did not realize this site was ran by hypocrites. Auf Wiedersehen.

Back to Support & Suggestions

Reply to this topic