Higson is now a teen writer, for good or bad. Horowitz has crossed over into adult stuff.

As a life-long Sherlock Holmes fan I really enjoyed "House of Silk"  Mr. Horowitz got the tone and pacing perfectly.

So it is really good news that he's been picked to continue 007's literary adventures.

I won't worry about where his writing takes place in 007's history, I just want a good 007 story.

I'm optimistic that I won't be disappointed.

so the title won't be "Murder on Wheels"

New Bond novel not called MURDER ON WHEELS (if that wasn't obvious)
Even though it is abundantly clear in the press release, new Bond author Anthony Horowitz has taken to Twitter to assure Bond fans that his new Bond novel is not called "Murder on Wheels." This is the title of Fleming source material that Horowitz had unique access to, and is a chapter title.
Anthony Horowitz
✔ @AnthonyHorowitz
Follow

The title of my James Bond book is not "Murder on Wheels". (Just had to get that off my chest). It's the title of one chapter.

The literary franchise has sunk to the point that it's about as bad as the Bond video game franchise.

I agree with that assessment. The recent book are just so uninteresting and samey.

Yeah, the books have been bad for a while now.  I honestly just wish that, at least for a few more years, the publishers would leave the literary franchise alone and allow some space between the debacles of the past decade-plus and the fresh new, possibly even re-booted, start that the franchise so desperately needs.

...or, Horowitz as a stable writer, contributing a series of 'in-between' continuations?

I hear more than enough dis on Mr. Gardner's impressive, enviable output. If Mr. Horowitz is chosen to do a series, that's something I would be happy to look forward to.

I think one problem with the more recent Bond novels has been that it's been more "Famous Author" writing a Bond novel rather than a Bond novel written by.  The expectation has been to see what Bond is like in the hands of someone who normally writes quite different novels rather than whether said author can write a Bond novel of the type one would expect.

Let me put it another way, with a humorous example, at least I find him funny. The American satirist Tom Lehrer performed a song in which the old classic "Clementine" is sung in different styles - Cole Porter, 1950s experimental jazz, even in the style of Gilbert and Sullivan! That's what the recent Bond continuation exercise has reminded me of a little bit. All three of the authors - Messrs. Faulks, Deaver and Boyd - are great writers, but when it came to Bond seemed to slip into a writing comfort zone at times. Particularly with Jeffrey Deaver - a crime writer, so it was no surprise when in the latter half we had the conflict between Bond and the by-the-book police office Behka Jordaan - and William Boyd, with his knowledge of Africa making it seem as if Bond had accidentally wandered into a different type of book.

My summer audio book marathon has made me appreciate these novels much more than when I first read them but there's no avoiding the fact that they are not Bond novels written as Ian Fleming might have written them, even though the first was marketed as Sebastian Faulks "writing as Ian Fleming". How can they be? The original author is no longer around, and so much of Bond was based, consciously or otherwise, on Ian Fleming himself. I'm looking forward to the next continuation novel, but I'm under no illusions that that it will fit in seamlessly with the originals, even if set in their period. It may contain a dash of original Fleming source material, but it will be Anthony Horowitz's take on Bond, not Ian Fleming's Bond that just happens to have been written by Anthony Horowitz.

...or, Horowitz as a stable writer, contributing a series of 'in-between' continuations?

I hear more than enough dis on Mr. Gardner's impressive, enviable output. If Mr. Horowitz is chosen to do a series, that's something I would be happy to look forward to.

I think Deaver at least was aiming to do something slightly different with an updated Bond that didn't follow the Craig films and clearly had an intention of going to a series.

We'll see how he does, his heart is clearly in it so that's a good start. I'm surprised so many people dislike Deaver's effort. It's certainly my favorite of the recent adult output.

Of the last three Deaver's effort is my favorite also.

There were enough classic touches (Chelsea flat,driving a Bentley,a modern Walther as personal handgun,individual drink),along with being an experienced professional agent with war experience in modern times.

If Mr. Horowitz can maintain his standards as a writer with respect to the original material(as I've said before his Sherlock Holmes "House of Silk" was near perfect.) I'll look forward to his take on 007.

So far most postings on this topic are looking at Mr. Horowitz as a positive influence.

We'll see how he does, his heart is clearly in it so that's a good start. I'm surprised so many people dislike Deaver's effort. It's certainly my favorite of the recent adult output.

It's sad that we have to latch on to the fact that Horowitz actually wants to write Bond as a beacon of hope that this one might not turn out to be as awful as the last three novels have been, but I guess those are the times we live in with regards to the literary franchise.

update on Project one

I have delivered the new James Bond novel today! No sleep now for a week or so while I wait for the response.

I hope he puts Bond into an Aston Martin DBR1...

Horowitz thinks the film TMWTGG is no good (despite Christopher Lee whom AH loves in everything) but considers MR the low point. Elsewhere we learn he likes Amis's Colonel Sun but thought the torture scene too much. Also elsewhere possibly hints that he did not care for Boyd's Solo.

Is the benefit of the Bond movies being always products of their time, there's always a film for you even if you didn't care for s different film in the series all depending on your taste. I just really hope that when the book is published Horowitz doesn't come out with the usual line of "The Bond movies aren't proper Bond! They get it all wrong!" as I'm sick of the continuation authors saying that, especially as most of the people who have read those books are doing so because they enjoyed the films. Made worse by the fact the continuation books haven't exactly been classics...

I enjoyed his first Sherlock Holmes novel a lot; I'd be up for a Bond novel from him.

He got Sherlock Holmes absolutely spot on, so I'd be interested in what he would do with Bond.

Has anyone read Moriarty? That's a good Holmesian novel!

Has anyone read Moriarty? That's a good Holmesian novel!

I enjoyed it, possibly more so than House of Silk in places.

I can't find the Horowitz thread... 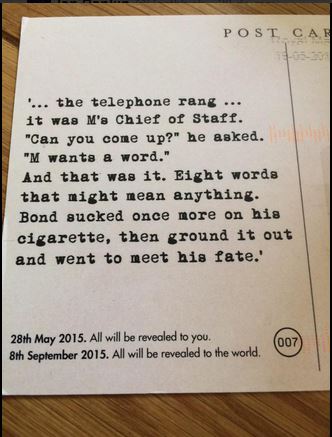 So 28th of May we may get a title/synopsis 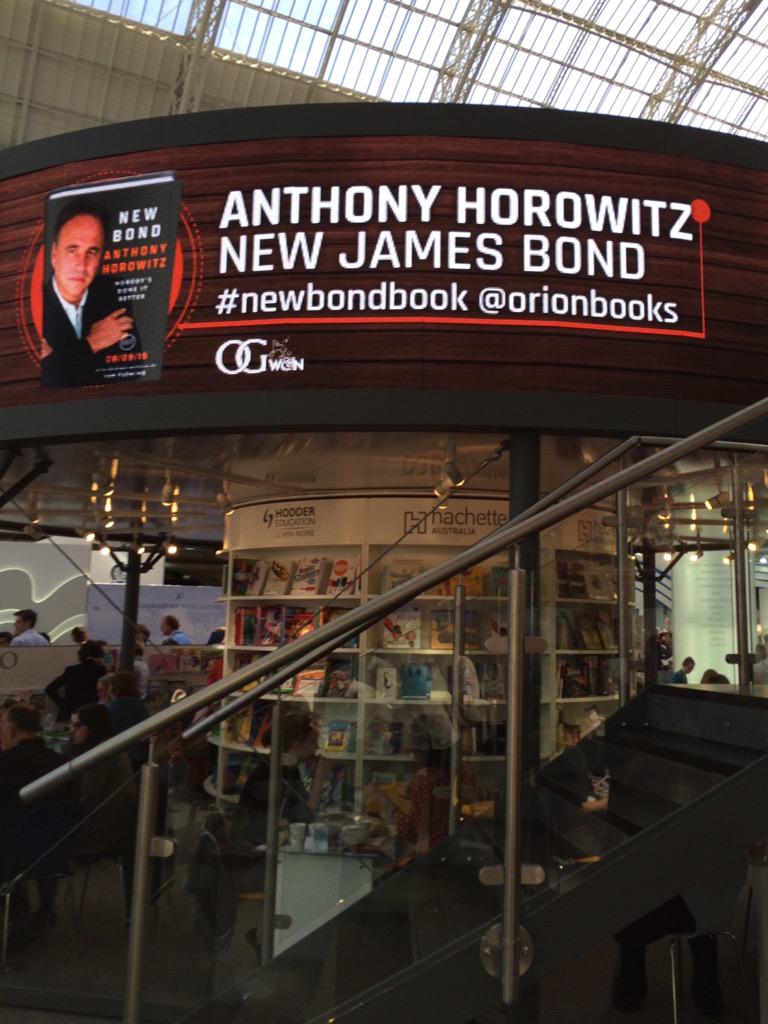 Hopefully this ends up being a project that was taken seriously and had a good amount of effort put into it.  This really is a watershed moment for the literary franchise, I think.  If they come out with a fourth consecutive subpar novel from a celebrated author, then they might as well fold up shop.

So 28th of May we may get a title/synopsis

Make sense. They usually have something special on Ian Fleming birthday. We probably get a title but no synopsis still a bit early

so the title is trigger Mortis? what does it mean? Pussy Galore is back. That is interesting......so the only detail will be Soviet/USA arm race......I hope Leiter is back as well or not

I love that this story takes place shortly after a Fleming original, (Goldfinger) and isn’t the older Bond we usually get after The Man with the Golden Gun. The original Fleming material is also a big selling point.

Sounds too pulpy for my liking.

The KGB sniper Bond wounds in Berlin was codenamed Trigger. Though this is probably not related given the timeframe.

so the title is trigger Mortis? what does it mean?

An fun little pun on Rigor Mortis, the state when a dead body starts to stiffen, and Trigger - as in a gun's trigger. Something I could see Fleming using as a chapter title.