19 replies to this topic

For anyone who shops on-line and is interested in building their Timothy Dalton DVD collection. This is what is available on Region 1 DVD. All links are to Amazon.com

Thanks Athena 007! I'm glad to see SEXETTE here. I've just seen 1 or 2 scenes from it. I'd like to see the whole thing being a Mae West fan.

The scene, Mae West walks in, sees a line of men waiting for her, "I'm sick today. Send one of them home."

I wonder why "Hawks" is not currently available! I think it is a fabulous , thought provoking, very humorous and sad film.

Okay, I am going by hormones.

It is sad to see "hawks" has still not had a release on dvd.
i feel its one of his standout non-Bond films.

Yes I saw Hawks on VHS between his Bond releases and was very moved and impressed by it. I'll always remember the line "Jesus Christ! Those legs!!"

Here's a montage of clips someone mashed together for YouTube. It does, inevitably, give away a lot of the plot surprises. So,

He was in Wuthering Heights? I read the book, does he play heathcliff? I think I need to watch this movie.

The Beautician and the Beast was a fun movie IMO, I've wanted to watch 'Flash Gordon' ever since I heard Dalton was in it.

I haven't read or seen the films but I just read;

Wuthering Heights (1970) = a masterpiece. A truly haunting and beautiful film. Dalton's best film along with Licence To Kill, TLD and The Rocketeer.

I really need to see this movie now..

You definitely should. I came over it by accident, and was very impressed

No PERMISSION TO KILL yet. Hmm, saw it on VHS around the time of LTK, Dalton is I think around 4th or 5th billing.

Didn't see MARY QUEEN OF SCOTTS on there either, and that is a pretty major film, with Dalton about 4th billing after Redgrave, McGoohan and whatshername.

Didn't see MARY QUEEN OF SCOTTS on there either, and that is a pretty major film, with Dalton about 4th billing after Redgrave, McGoohan and whatshername. 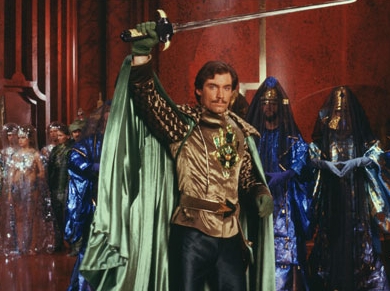 Apart from his turn on "Chuck" - yes!

What is Flash Gordon anyway..? Is it a TV show or a movie?

!!! Iceskater!!! You've not seen any 'Back To The Future' films and you've neer seen 'Flash Gordon'!? Noooooo! 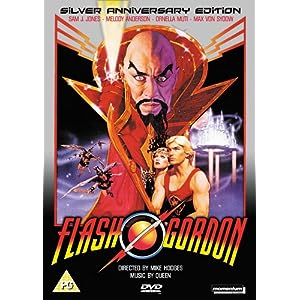 Well, its' a 1980 British-American sci-fi film based on the vintage TV serial adventures and the comic strips, so it's a classic comic-book movie! It stars Sam J Jones, Brian Blessed, Richard O'Brian, Melody Anderson, Topol, Max von Sydow and Timothy Dalton to name a few, and it's sort of camp, but not intentionally as it's very close to the comic book style of larger than life characters, over-the-top action, the costumes and crazy colours and locations.

It didn't do too well at the box-office but it's become a big cult film with people for many reasons, mainly due to the quotes from the film, the actors and the soundtrack by 'Queen'. "FLASH! A-aaaaaaa!" It's got very imaginative action scenes and quite gruesome in places, not violent, but just a little urrrgh with things that happen to people during the film. All good fun though.

It's great nonsense and very dated to the 80's, but great fun and a good B-movie style romp. And Timothy Dalton kicks ass with laser rifles, swords and even a whip. Yes, a whip. 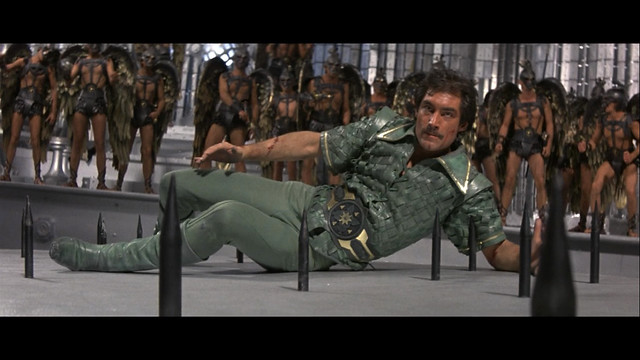 You must check it out if you can, just to say you've seen it and you've experienced the might of Flash Gordon battling Ming The Merciless!

Well If Timothy Dalton is in it then why not?

Iceskater - have you seen Flash Gordon yet?
I want to hear a Flash virgin's opinion. It was a big film for me growing up.*

*A status some would argue I have yet to achieve.