Maybe I'm a bit late to the party here, but did anyone know about this?

I didn't - thanks for the heads up.

According to IMDB Greenbaum is a writer/director which is great - means he'll be an invested helmer, rather than a gun for hire. He seems to have done sone TV and a doco, but this is his first scripted feature (or did i miss a credit?).

Lawson doesn't appear to be an obvious casting, so lets hope it's done to his acting chops. Interestingly Jane Seymour is in the movie!

Peter Hunt is in there, so, obviously they're covering the casting/shoot of OHMSS. But i don't see Cubby Broccoli or Harry Salzman in the cast list, so i'd guess they're skirting around the more litigious matters and keeping it strictly about Lazenby's inner workings, or lack of considering the staggeringly naive decision he made.

There's a a listing for 'Young George' which further suggests this is going to really be about George and light on Bond insights.

Looking forward to this - thanks, Toxteth

It was announced last summer. It is a biopic for television by Hulu: http://www.slashfilm...es/#more-367843

Thanks for the link. Josh Lawson is... Australian! 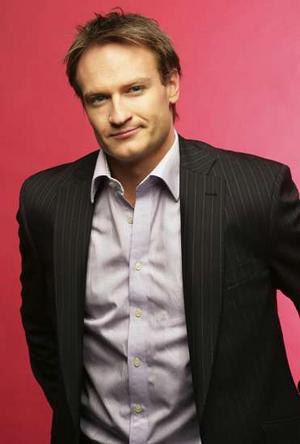 According to that Slash article it's a doc, featuring Lazenby (now) talking about his experiences. That fits better with the director's resume than a scripted feature/biopic.

TBH i think i'm looking forward to it even more as a doc. I guess Lawson is around for the reconstruction/docu-drama elements.

The world premiere will be held at the SXSW Film Festival in March, 2017.

"The stranger-than-fiction true story of George Lazenby, a poor Australian car mechanic who, through an unbelievable set of circumstances, landed the role of James Bond in On Her Majesty’s Secret Service (1969), despite having never acted a day in his life. Then after being offered the next seven Bond films and a $1 million signing bonus, he turned it all down."

Looks pretty good actually, and having George on board gives me more reason to watch.

I'm still not sold (at all) on the casting, but it looks like fun and of course worth watching for Lazenby's own contribution.

Good enough for me.

The Piz Gloria lifestyle as depicted in OHMSS was a reality for George.

The film has picked up an Audience Award at the SXSW Film Festival.

It also currently has a 9.1 rating on IMDb.

Really looking forward to seeing it.

The international premiere will be held at the Hot Docs Canadian International Documentary Festival in May.

OHMSS is my favourite Bond film. For someone who had never acted before I really like George's human and athletic performance. Plus he's an Aussie like me! History is history, but I have to admit, I wouldn't give up the Moore era for anything. I think OHMSS works really well as a one-shot. It makes it more special and poignant, and I kind of enjoy the 'what could've been' daydreaming that comes with it.

'Becoming Bond' will be screening in May at the American Essentials Film Festival in Australia.

If anyone wants tickets to the Toronto screening on May 4th or 5th let me know.   I posted over on James Bond Canada's facebook page.

Is there going to be any way of seeing this film in the UK?

'Becoming Bond' will screen at NewportFILM on Tuesday, 9th May, 2017.

Hulu is presenting a special 'Becoming Bond' and 'On Her Majesty's Secret Service' double feature at Cinefamily on May 17th, 2017.

There will also be a Q&A with George Lazenby, director Josh Greenbaum and actor Josh Lawson.

I met Lazenby a few years ago at an OHMSS screening and Q&A. He came across as far more interested and proud of the excesses that came his way as a result of Bond than anything else. I have to say, while I love OHMSS and don't mind his performance (and would've liked to see more of them), he really comes across as an ass. This interview pretty much reaffirms that:

A year or so before, I met Roger Moore at a Q&A and book signing. He was incredibly humble and friendly and I asked (once in a lifetime opportunity, so why not) for him to say the "Bond, James Bond" line, which he happily did, and sent me and all the other fans around home happy. With Lazenby I figured I'd ask the same again after I paid the money (extra for photo and autograph of course) and queued to meet him. His response: "it'll cost you extra", without a shred of humor. I resisted the urge to flick a $5 note at him to see if that would cover it.

I get that he's cashing in, but I'll pass on this, or anything else he puts out. His interviews and my interaction with him have left a bad taste. There's nothing charming or interesting about a 76 year old who still comes across as a sleazy, sex obsessed, braggart who "likes a woman who does what she's told"

That is depressing indeed.

I can only imagine that they were so stressed out from Connery that they thought they could mold an amateur into an obedient soldier much easier than an accomplished actor.  But not for a second I believe the official line that during their search no other actor was as impressive as Lazenby.

In any event, this "Becoming Lazenby"-film seems mildly intriguing but not essential viewing, since Lazenby´s Bond phase is already documented enough, IMHO.

Well, it kind of lends credence to all Connery's complaints that the producers had no respect for acting as an art, and saw him as just another cog in the Bond machine.  To replace him with more or less any old "monkey in a tux" seems a confirmation that their criteria for a "good Bond" was pretty much their criteria for a good car, good gadget or good set: look good and operate as expected when the buttons are pushed.  In fact, it could even be that casting a non-actor was intended as a direct slap at Connery.

Much as I love OHMSS, the fact that Laz comes off as well as he does is pretty much a testament to the miracles that can be performed by a world-class editor.

It's often been said Lazenby was then - and may have been all his life to this day - a character challenged with certain basic qualities of conduct and decorum as well as most professional acting qualities. Be that as it may - I have no means of judging him as a character - it's somewhat baffling how many different people from various walks of life are able to agree on this assessment. But I suppose it's exactly as David suggests, for the Eon of 1968/69 it didn't matter at all who was going to fill the void after Connery, as long as just the image remained unspoilt. And if they could demonstrate something with their choice...so only all the better.

I believe all sides learned a lot from the production of OHMSS. Maybe with the exception of Lazenby.

Has anyone seen this yet?

There isn't a lot of Bond stuff in it really, it's more of a love story. And there is only blink and you'll miss it archival footage of Cubby.

Jane Seymour is fantastic in it though!

For fans, the title may be misleading: it's not really about the process of making OHMSS as it is about the experience of being in the crazy world of Bond fame. The trailer gives you a good sense of it.

Content-wise, most of it's a nice elaboration of the things we already know from interviews over the years. The Bond chapters of his life don't start until about an hour in.

Before that, it's a very fun portrait of Young George Lazenby that wittily combines George's talking-head interview with dramatisations (archive footage is fairly minimal). I thought it was very funny, and the 'romance' quite affecting. It stops when he quits Bond, it's neither a full biography nor a 'making of' OHMSS.

For me, it's great strength is maintaining the sense of an unreliable narrator - it's always clear that we're watching George's telling of the tale, and never quite clear how much of the story is true.

Irrelevantly, is there a printed poster for this, has anyone seen?

I rather enjoyed this little piece. Although, I must admit, Lazenby does kind of come off as a bit of a BS'er. Through some of the over-the-top stories he told, my feelings for him as a poor, misunderstood Bond changed slightly! He basically says it all himself. He never expected to get the role, used it to his advantage for the partying and the fame, got paid handsomely, did it all his way, and moved on. I suppose I can't fault old George for that.

However, I guess I just found his lack of personal connection and respect for the role that made him and him instead using it as a continued cash-in all these years later was kind of off-putting.

The story was a pip, though! Worth the watch.

Cubby said in his last years: "George wasn't bad fella at all".